Just bought a ‘scrap’ CNC machine from craigslist.  It is an old 1986 Leadwell machine that was used to machine engine blocks.  I hired a roll-off truck and rented a forklift to pick it up.  The CNC was heavier than expected, so we were probably pushing the weight limit on the truck a bit. 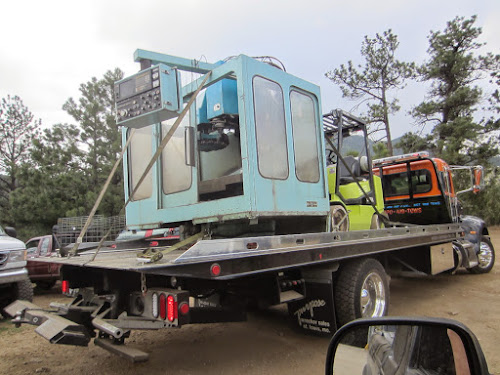 Getting it down the narrow mountain roads in Drake CO was a bit intense at times. 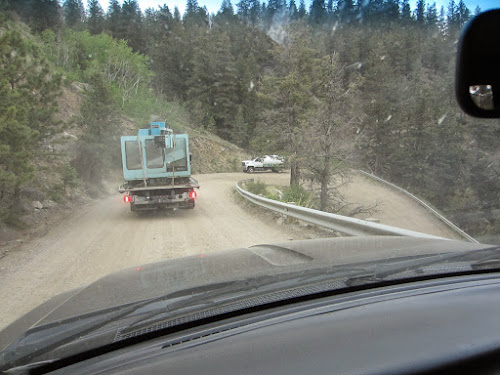 After a very long ride, it was dropped off in my driveway in Fort Collins CO. 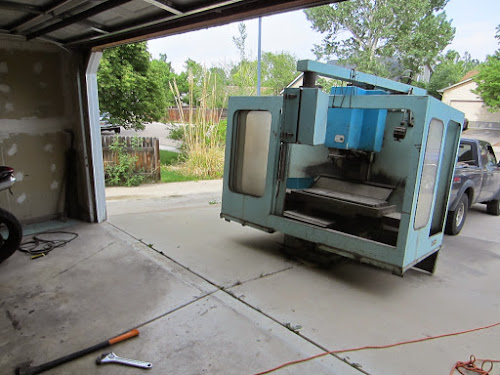 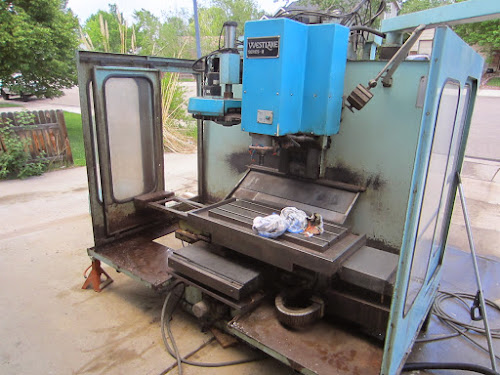 By nightfall, I had removed as much of the enclosure as I could without cutting wires.  The true condition of the machine started to become clear, I may have gotten in a little deeper than I had thought with this.  Tomorrow we will try and move it into the garage. 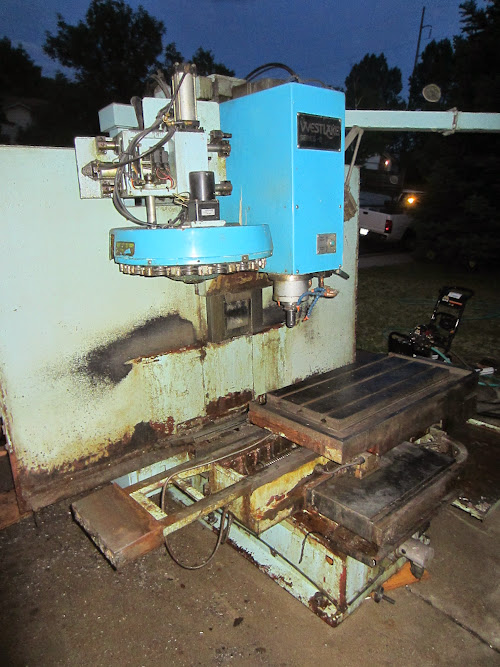